500 Years Later: What Was the Reformation and Why Should I Care?

Today marks the 500th anniversary of the event that, in hindsight, began the Protestant Reformation: the nailing of 95 theses, or talking points, to a church door in Wittenburg, Germany by Martin Luther. I say ‘in hindsight’ because it is clear that Luther had no idea the impact of what he was doing; he was following a tradition of theological students posting ideas in public, a sort of ‘bulletin board’ for theologians. 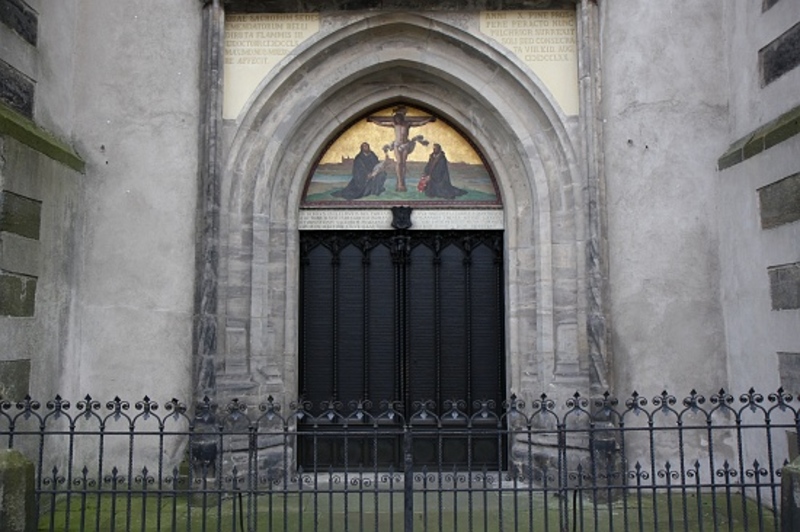 The Ninety-Five Theses On the Power and Efficacy of Indulgences was a debate and critique of Roman Catholic Church practice and the pope himself. Indulgences were blessings given by the church to reduce the amount of punishment someone must pay for their sin. Luther had met a priest named Johann Tetzel who was selling indulgences to help pay for the building of a new cathedral with the catchy phrase, "As soon as a coin in the coffer rings, a soul from purgatory springs." Luther was rightly outraged that a minister of the gospel should offer anything other than repentance and faith in Christ as the way to be reconciled with God.

If Luther had been the only person upset about the Catholic Church, his protest would have been likely a quite small and forgotten footnote in history. However, he was not alone. Men such as John Hus and John Wycliffe had gone before Luther in protesting abuses in the Catholic Church and calling the church to return to the gospel and to allow the people to read the Bible in their native language. Other men, such as John Calvin and Ulrich Zwingli, quickly built on the work of Luther and gave scholarship and leadership to the reform movement in different areas of Europe.

And if the Reformation had only been about indulgences, we would not be talking about it today, nor would the Protestant Church probably would have been founded, since the Catholic Church did reform its practice in this area (although apparently you can still obtain salvation assurances through charitable contributions). However, the Reformation really became about two main issues: the question of authority and the question of whether we’re saved by faith or works.

The question of authority comes down to this: Who has the higher authority, Scripture or the church? A Catholic would say that God established the church and gave the Scripture to her, but that she has the right to interpret it and therefore God ultimately works inerrantly through the church. A Protestant would say that God did indeed establish His church, but that He gave the Scriptures as His inerrant word and that the Scriptures not only can, but should, be used to correct the church when she errs. The slogan “Sola Scriptura” comes from the Reformation and means that “Scripture alone” is the final rule of faith and practice. Many of the other issues that separate Protestants and Catholics- veneration of Mary, the intercession of and devotion to the saints, the sacraments, mandatory clerical celibacy- hinge on the issue of authority; if the(Roman Catholic) church is the ultimate authority, we must accept its teaching on these things from God. But, if Scripture is the ultimate authority, then these practices, and all traditions, must be judged against the Word of God.

The question of whether we are saved by faith or works is the question of justification- how we are justified before God. Are we justified by what we do, by what Christ does, or by some combination of the two? Luther called justification by faith alone- that it is only the work of Christ on our behalf that merits our salvation- “the article upon which the church stands or falls.” The Reformation slogan for this idea is “Sola Fide” or “faith alone.” For a true Protestant, until the Catholic Church embraces the doctrine by justification alone apart from works (works are necessary to show our salvation but do not merit salvation), there can be no true unity between us, and until they do we will have an ongoing protest.

When Luther began his protest in 1517, there were only two branches of the Christian church, Roman Catholic and Orthodox. Protestants make up the third branch. As RC Sproul writes, “The Reformers concluded that when Rome rejected and condemned sola fide, it condemned itself and ceased to be a true church. This precipitated the creation of new communions or denominations seeking to continue biblical Christianity and to be true churches with a true gospel.”

Many of the churches we in America are familiar with- Presbyterian, Lutheran, Baptist, Methodist, Episcopal/Anglican, Church of Christ…- are, at least in historical perspective, ‘Protestant’ churches and owe their existence to the work and ideals of the Reformation. Our observance of this day and our history is more than just a nod to work done in the past, it is a necessary reminder of how God has worked in His church and continues to work to reform us. As we say, “Ecclesia reformata, semper reformanda.” The church reformed, and always reforming!

Why Our Children did not Descend into Hell

As We Study the Book of Job

What is Lent and why do people have ashes on their heads?

RACIAL RECONCILIATION IN THE PCA- WHAT HAPPENED IN MOBILE

DO I HAVE TO SING WHEN I GO TO CHURCH?