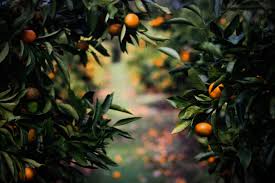 God speaks through the prophet Hosea in Hosea 6:7 about Israel in Hosea’s day, “But like Adam they transgressed the covenant; there they dealt faithlessly with me.” Here we understand that God viewed His dealings with Adam in the form of a covenant, even though He didn’t use the word covenant. But, what covenant did Adam transgress? A covenant that has often been described as a covenant of works. We read about this covenant in Genesis 2:15-17:

The Lord God took the man and put him in the garden of Eden to work it and keep it. And the Lord God commanded the man, saying, “You may surely eat of every tree of the garden, but of the tree of the knowledge of good and evil you shall not eat, for in the day that you eat of it you shall surely die.”

God as the Sovereign initiated this covenant, and He made Adam the other party in this covenant. Adam is like the king that would represent a nation in an Ancient Near Eastern covenant. We call this representative a ‘Federal Head,’ because he is the formal head of a body of people and what he does affects the whole body.

What were the terms of God’s covenant with Adam? Adam was to live in relationship with God and creation and to perfectly obey all of God’s commands. The two main stipulations were to work faithfully in the garden and to refrain from eating of the tree of the knowledge of good and evil. The blessing implied was eternal life in a state of innocence and moral perfection. The curse promised was death. As Brown & Keele write in their book Sacred Bond, “The Tree of Knowledge is evidently a testing tree, a tree of probation. Will Adam and Eve show allegiance and submission to God above all else? Will they trust their own eyes or God’s word? It appeared to them that the tree was good for food, but God assigned to it by his word the value of death. To eat was not to be fed but to be deserving of death.”

I still prefer the traditional terms of covenant of works and covenant of grace, for a couple reasons.

First, naming something does not tell us everything about it. While it is true that there is overlap of works and grace in the two covenants, the names are still helpful categories to differentiate the two.

Second, the Westminster Confession of Faith uses this terminology, and that is the confession that our church abides by (in submission to Scripture, of course). In chapter 7.2 we read, “The first covenant made with man was a covenant of works. In it life was promised to Adam and through him to his descendants on the condition of perfect, personal obedience.”

As you know, if you have read Genesis 3, Adam and Eve were unable to keep the covenant God made with them. They were tempted by the serpent, ate the forbidden fruit, and as a result of their sin, death entered into the world. And since Adam was our federal head, all who come after Adam are born in sin and are counted as covenant breakers in Adam.

But, praise God, He gives us another federal head to rescue us from the curse of this covenant! We get a picture of this man in Genesis 3:15, when God tells the serpent, “I will put enmity between you and the woman, and between your offspring and her offspring; he shall bruise [or crush] your head, and you shall bruise his heel.” This is a picture of the struggle between good and evil, between Satan and Jesus- Satan ‘bruised Jesus’ heel’ by having Him killed on the cross, but Jesus crushes the head of Satan through His work of rising from the dead, putting an end to evil (see Revelation 20:10), and redeeming the world. Jesus had to die, because the covenant stipulated that penalty for sin, and in doing so in our stead, He made it so that we who trust in Him will not have to taste eternal death in hell.