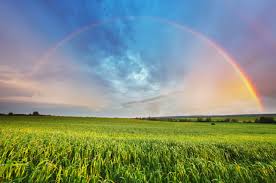 Last week, we talked about the covenant God made with Adam. This week, let’s look at a fascinating historical event, the flood, and its resultant covenant with Noah.

As I’ve mentioned before in this series, the first time that the Bible uses the word covenant (berith in Hebrew) is in Genesis 6:18 in relation to Noah. However, we saw last week that there was an important thread that was begun in the garden of Eden (Gen. 3:15) that will wind its way through the rest of the Old Testament and into the New Testament. That thread is the promised ‘seed of the woman’ who will crush the head of evil. This seed is both a physical descendant of Eve, as well as a spiritual descendant of Adam- the man who will be the ultimate focus of the covenant of grace.

So, when we get to Genesis 6, we immediately encounter a problem. God sees how wicked humanity has become and He is grieved. He even goes so far as to say, “I will blot out man whom I have created from the face of the land, man and animals and creeping things and birds of the heavens, for I am sorry that I have made them” (Gen. 6:7).

Do you see the problem? God has promised a descendant of Eve who will triumph over evil, but if He destroys every last sinner on earth, He will have destroyed the line of the seed of the woman and nullified His promise. God would have been completely just in judging all of humanity, but the promises of the covenant of grace would have failed had He poured out His wrath in full. Thankfully, we read in verse 8 that “Noah found favor in the eyes of the Lord.”

We know what happens next. God sends a flood that wipes out humanity and the animal kingdom, except for an ark full of animals and Noah and his family. The promise is alive (and the lineage of the seed of the woman is confirmed by Noah and his son Shem’s presence in Jesus’ genealogy in Luke 3).

After the flood subsides and Noah and his family, as well as the animals, leave the ark and settle on dry ground again, God blesses Noah and his sons and makes a covenant with them. This covenant is sometimes called the ‘covenant of preservation’ or the ‘common grace covenant.’ Why preservation? Because the seed had been preserved, and God’s promises had been preserved, despite humanity’s massive covenant failure. Why common grace? Because judgment and grace are extended to all of creation, not just humanity.

Notice how broad this covenant is, “Then God said to Noah and to his sons with him, “Behold, I establish my covenant with you and your offspring after you, and with every living creature that is with you, the birds, the livestock, and every beast of the earth with you, as many as came out of the ark; it is for every beast of the earth. I establish my covenant with you, that never again shall all flesh be cut off by the waters of the flood, and never again shall there be a flood to destroy the earth” (Genesis 9:8-11). Like the covenant with creation, God is making this covenant with the animals as well. Part of the reason animals are included here is because man’s sin had affected the animal kingdom. Humanity had become terrible stewards of creation and had caused harm to the environment. As Michael Williams writes in Far As the Curse Is Found, “The creature [man] who was created, gifted, and commissioned to be the mediator of God’s covenant to all of creation has become a curse upon the land… As Noah and his family are the germ of a new humanity bonded to God in covenant relationship, so the creational order is called anew to the same bond… God preserves His creation in spite of man.”

As a physical reminder, a kind of witness, to God’s terms and promises in this covenant, God promises an interesting sign: “And God said, “This is the sign of the covenant that I make between me and you and every living creature that is with you, for all future generations: I have set my bow in the cloud, and it shall be a sign of the covenant between me and the earth” (Gen. 9:12-13). Now, the Hebrew word for ‘bow’ here denotes a war bow, as in a bow and arrow. But, God is very obviously talking about a rainbow.

Do you see the picture God is painting? Remember that when two parties ‘cut a covenant’ that the penalty for breaking the covenant is death. But, which way does a rainbow that looks like a bow and arrow point? Towards heaven. Towards God Himself. This is another foreshadowing of Jesus’ work on the cross- that He will take the punishment for all of us covenant breakers. God, in His mercy, will never destroy the earth by flood again, and God will allow humanity and all of creation to be fruitful and prosper again.

Interestingly, this sign of a rainbow reappears in the Bible, in Revelation 4:3: “At once I was in the Spirit, and behold, a throne stood in heaven, with one seated on the throne. And he who sat there had the appearance of jasper and carnelian, and around the throne was a rainbow that had the appearance of an emerald.” John is telling us that the throne of God is surrounded by a rainbow. God apparently keeps this sign of the covenant with Noah around Him to remind Himself, and all who would come to the throne, that He is a God of mercy, and that His plan for humanity and all creation will not fail.

Remember that the next time you see a rainbow in the sky.