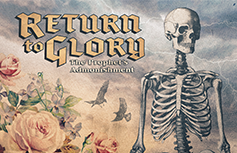 Exactly two of you asked me why we “edited” the phrase “He descended into Hell” out of the version of the Apostles Creed that our children learned. I figure for every question I receive, there are ten of you who wanted to ask but didn’t. So, for the twenty of you who are wondering, here are our reasons.

First, It is not original. The phrase “He descended into Hell” was not in the original and oldest texts of the Apostles Creed. It was added later, probably around 390 AD. So by not saying it, we are not doing something new but simply going back to the classic.

Second, It is unclear. We translate at least three words into Hell. Older translations used words like Sheol, Hades, Hell and Gehenna. We tend to have morphed all of those words into Hell. The upshot of this evolution is that we do not know what the phrase “descended into hell” meant originally.

The earliest explanations equate it with the grave (Sheol). That makes sense, he was put into a grave, but that is not what any modern reader thinks when they see it.

Another explanation is that his soul really died, Jesus did not fake his death, His divinity did not leave his body before death as some heretics teach. Again, this is true and very important, but not what any modern reader would understand by the phrase.

Another explanation is that after his death, Jesus went into Hell and preached the gospel to the souls that were kept there. This explanation is based on 1 Peter 3:19. That text is very confusing, and this may be the correct interpretation, but most Protestants do not think so. Honestly, we do not know what that text means, it is very vague. The major problem with that understanding is that it seems to contradict the words of Christ from the Cross: today you will be with me in paradise, and Father, into your hands I commit my spirit. The clearest meaning of Christ’s words is that he fully expects to go to paradise when he dies, where he would be reunited with his Father, and with those who also have died. Maybe Jesus was wrong, maybe God had planned further punishment for him in Hell, or that he would make a stop in Hell on the way to paradise. If that is true, it seems like we would have more teaching on it than this one obscure verse.

Finally, the most common Reformed understanding is that Jesus endured the punishments of Hell on the cross. Hell is the experiencing of God’s righteous wrath, and Jesus experienced that when he cried out, “My God, My God why have you forsaken me!” Now I want to make clear, that this is true, I believe it absolutely encapsulates the key event of the crucifixion. But is this truth what the creed is talking about? If so, why is it included after the phrase “was buried”. Everything else in that paragraph is written in chronological order. I definitely believe Jesus experienced the fullness of hell for us, but I do not think that is what this phrase in the creed was intended to teach. And I am sure that is not what most people understand when they read it.

What do most modern readers understand by "descended into hell?" I don't really know, and that brings me to my final point.

Third, The purpose of a creed is clarity. All of these reasons bring me to my final point. Creeds exist to clearly state what we believe. Every other phrase in the Apostle Creed does that perfectly. When I say, “I believe in God the Father almighty, maker of heaven and earth” everyone knows exactly what I mean. When I say, “He descended into Hell” everyone scratches his head and says, “What do you mean by that.” Creeds are meant to answer questions, not provoke them.

Therefore, because it is confusing at best. We thought it better to take the phrase out for our children. If you have other questions, please feel free to ask.

Do Pastors Get Depressed?

How things got so grim: Unaddressed Trauma

Depression and Christians: An Overview

I Got Depressed Because Jesus Loves Me

Getting Out: Everyone Needs a Hand to Hold On To

Get Pals or Die!!

Doubling Down on Devotional Habits

We Need to Talk about Prozac

Next Year in Jerusalem

Jesus has Overcome the World