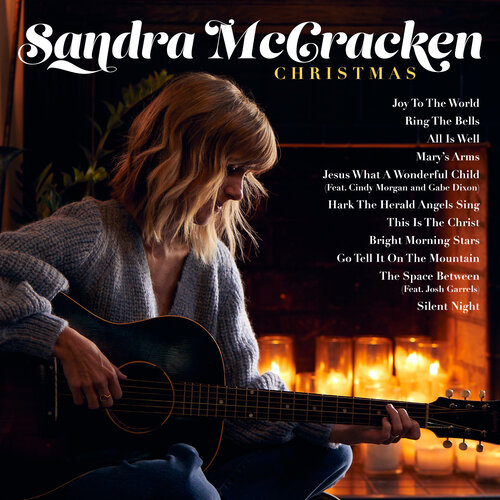 RiverOaks favorite, Sandra McCracken will return to perform her new songs for Advent. She will be accompanied by special guest John Lynch who will give a short message to prepare us to worship.

Tickets available at the door. $10 per person or $20 per family.

SANDRA McCRACKEN is a prolific singer-songwriter and modern-day hymn writer whose songs like “We Will Feast In The House Of Zion,” "God’s Highway" and “Thy Mercy My God” have settled into regular rotation in churches internationally.  Her music has been featured by All Sons And Daughters, ABC’s Grey’s Anatomy, Audrey Assad, Indelible Grace, BiFrost Arts, Caedmon’s Call and others. She has also been a guest contributor for The Gospel Coalition, Christianity Today, She Reads Truth, Art House America Blog, Relevant Magazine and other publications. After releasing Steadfast Live, a live CD/DVD shot at Art House in Nashville, TN in 2017, Sandra released Songs From The Valley in early 2018. This album was written during the same season as the songs from Psalms and are narrative songs, companions to David’s comforting words. They are songs of friendship, sorrow and comfort. At home in Nashville, with her two young children chiming in, Sandra contributes to Rain For Roots, producing timeless, gospel folk-songs for God’s children of all ages.

John Lynch has co-authored The Cure, Bo’s Café, Behind The Mask, and his own story, On My Worst Day. John also powerfully delivered the classic Two Roads Two Rooms allegory, which the co-authors created for The Cure. This message can be heard or seen on the internet.

John's mission statement is as clear as it is beautiful: “I want to be used by God to help build authentic relationships of grace and break down walls of shame formed by a distorted understanding of God and ourselves. Through story, comedy, drama, and the modeling of vulnerability, I want to see lives freed, healed and brought alive through the teaching of God’s endless love and the transformative power of trusting our new identities in Christ.”

John and his wife Stacey often create inviting environments on their backyard patio and elsewhere for people to enjoy authentic community. They are passionate parents to their three children, Caleb married to Kali, with granddaughters Maci and Payton; Amy married to Cody, with grandson Ridge; and Carly.

Cost will be $10 at the door. No advanced tickets are being sold.